Total distance Run-Walked and Stair climbing since I have been keeping track 10,228 miles

Total distance from Alta Loma to Cork Ireland 5,141 miles, close enough for me to call it a round trip completed. 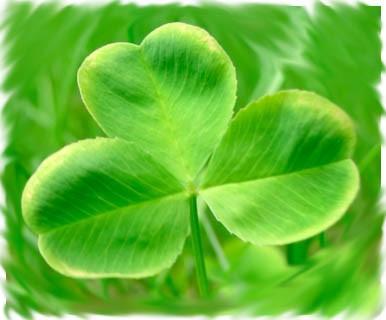 This is a bit disturbing, does anyone ever read the bills they vote on, if so what the heck are they thinking.I can not help but think if a movement , say in the 1930’s that had some of the same overtones toward the youth, get them while they are young……I wonder if this is the change we are all waiting for, This bill’s title is called “Generations Invigorating Volunteerism and Education” (GIVE) Obama’s plan is to require anyone receiving school loans and others to serve at least three months as part of the brigade. His goal is one million youth!

So the way I read it, 1 million youth that can not HERE is the link to the section of the bill READ IT I am not making this one up.

without the restrictions………………This is what they face now…..

Pray for our youth.

HERE is the link to the section of the bill READ IT I am not making this one up.

Pray for our leaders, pray for our youth, pray we do not get what we deserve

Just a reminder , it is a day to remember a great church planter, missionary, evangelist,Christ follower.

It makes me crazy that today has been hijacked by a non-believing society, it is so much more that goofy green hats and ratty tasting green beer

St. Patrick, the Patron Saint of Ireland, might just be the “Patron Saint” of some church planters. In his writings he points out some of his many shortcomings and his great zeal to reach the “unchurched” in Ireland, two of the things that parallel my journey. In his Letter to Coroticus, written because soldiers had kidnapped Irish Christians that he had just converted and he was furious. Although Patrick was a gentle and humble man of faith he reached the people of Erin in spite of his stature in life.

His limited education, in Law and Theology was no stumbling block to the “community” he was reaching. The reason, I believe was he was lead by and open to the Holy Spirit, and as Acts 8:12 puts it “But when they believed Philip as he preached the good news of the kingdom of God and the name of Jesus Christ, they were baptized, both men and women.”

During Patrick’s captivity in the Irish wilderness he comes to know the God he missed as a child, although he was born into a Christian family (his father Calpurnius was a deacon; his grandfather Potitus a priest) yet he “did not know God.” Galatians 4:8 “Formerly, when you did not know God, you were slaves to those who by nature are not gods.” It is ironic that Patrick, as a slave found the God he missed as a free child and he takes on the same concern for the Irish that Paul had for the Galatians.

Although Patrick regrets his educational achievements, his crystal clear understanding of the Doctrine of the Trinity, the Love of Christ for the lost and the redemption found only in Jesus, was the start of Christianity breaking out on the Island of Éireann and spreading throughout the world.

Though Patrick wasn’t the first missionary to Ireland, an unsuccessful Palladius preceded him. He was the first who was successful. And he took Christianity to people outside the Roman Empire. In their own community and culture.

Patrick also has a record of speaking out against slavery and was a defender of women and children. In his Confessio he writes of a woman who becomes a leader among Christian women and goes on to express grief that women held in slavery had the worst lot of all. In his regard for women and for the sanctity of life Patrick was a Planter ahead of his times.

These guys are going to make some real headway into the lives of many in Northern Fontana, they are being lead by a great guy, Please keep VintageLife on your prayer list.

They are in the forming stage, getting things in order and putting God first. I count them as fellow workmen ( and women ) 🙂 and they have lots going on.

Shoot me an Email

Is it Tone-Tony or Mike ?

Many of you have asked about why the name of my blog is Tony's journey not Mike's journey. It is a really long story but basically I was born in Ireland and culturally many were named after their grandfathers, that is what happened to me,but I guess my folks decided that rather than tick either one of my grand parents off they would call me Tony rather than Patrick or Michael. My Mom kind of dug St Anthony so that was it. The Journey that I am on now started when I was a child, I felt the call of Christ when I was about seven years old, that is when it began so it is not Mike's journey, it is Tony's.......... I will expand on it sometime but for now that is the short version. Also, some have asked about the spelling of Tony or Tone. I am called Tone by my family and close friends so it is a little more intimate when I sign off as Tone. There you have it, the short version. Tone

The Glory of the Atonement